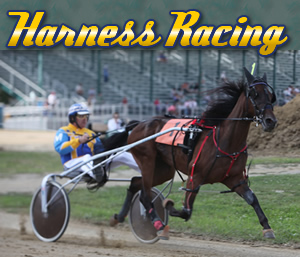 Please join us for Harness Racing action with Pari-Mutuel wagering (betting) on 9 or more races.  Pick your favorite horse by name, driver colors or the horse that catches your eye.  Fans come from near and far to enjoy some of Ohio’s best 2- and 3-year-olds competing.  Northfield Park regular announcer Ayers Ratcliff paints a picture of the action packed one-mile races, including exciting stretch drives for the WIN.  We look forward to seeing you, your family, and friends for an exciting evening of racing action, and family fun at the FAIR! So long as the track is safe for racing, this is a rain or shine event!

And if you're attending the Cuyahoga County Harness Races on Tuesday, August 10th, be sure to visit with MGM Northfield Park's Bob Roberts from 2:30PM-4:00PM at the Grandstand for Handicapping 101, in which Bob will offer insights on how to read a race program, while providing pari-mutuel wagering tips. 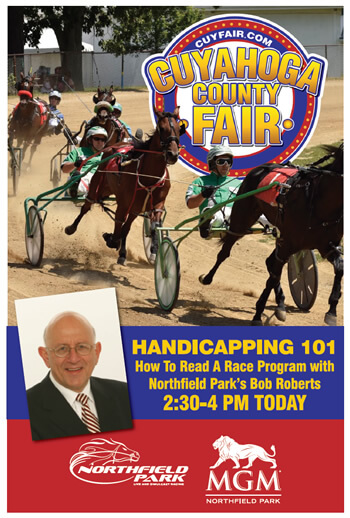