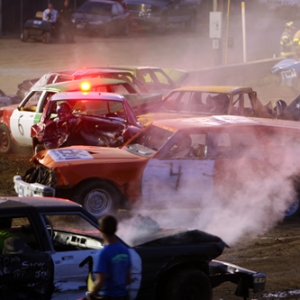 Tickets: $12 General Admission | $15 Preferred Seating (TICKETS AVAILABLE ONLINE ONLY)
Entry: Registration to participate in the Demolition Derby is day of event, on-site only. For details on classes, payouts and registration, click here to visit the Cuyahoga County Fair Demolition Derby page on the Derby Dog website.

This year's Demolition Derby will include a Powerwheels Event, and the following classes of derby vehicles: 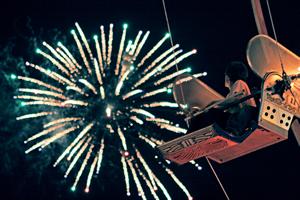 
The Cuyahoga County Fair will be holding fireworks spectaculars Thursday, August 11th, & Saturday, August 13th, 2022, so be sure to bring the kids out to catch one of the shows!  The shows are expected to start sometime between 9:30pm-10:00pm. Times are approximate, so get there early to make sure you don't miss anything. 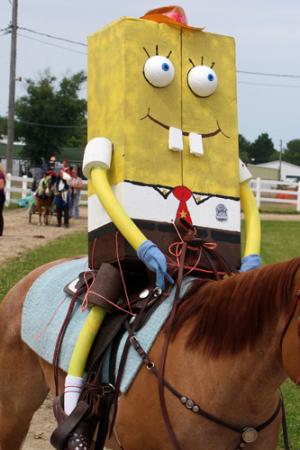 Please join us at our annual horse show for riders young and old!  Our class for the youngest group is for children 6 and under.  Classes are offered for many different types of riders including Academy Riders – children and adults who show horses they take riding lessons on, Youth classes – riders 18 years and younger competing to win the Youth High Point Award, English classes – for both Hunt and Saddle seat riders, Western classes, and the crowd favorite Costume class – where horse and rider participate in very creative costumes.  We offer 6 qualifying classes for the American Saddlebred Horse Breeders Association (ASHBA) National Select Series region 5/6 Champion Show later this year. See a rare Cuyahoga County Horse show and as a bonus enjoy the FAIR!

Please join us for Harness Racing action with Pari-Mutuel wagering (betting) on 9 or more races.  Pick your favorite horse by name, driver colors or the horse that catches your eye.  Fans come from near and far to enjoy some of Ohio’s best 2- and 3-year-olds competing.  Northfield Park regular announcer Ayers Ratcliff paints a picture of the action packed one-mile races, including exciting stretch drives for the WIN.  We look forward to seeing you, your family, and friends for an exciting evening of racing action, and family fun at the FAIR!

So long as the track is safe for racing, this is a rain or shine event!

And if you're attending the Cuyahoga County Harness Races on Tuesday, August 9th, be sure to visit with MGM Northfield Park's Bob Roberts from 2:30PM-4:00PM at the Grandstand for Handicapping 101, in which Bob will offer insights on how to read a race program, while providing pari-mutuel wagering tips. 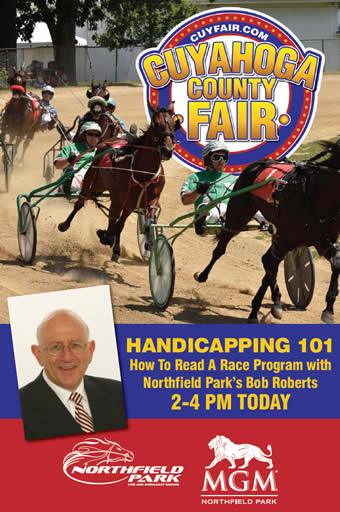 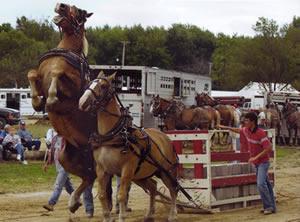 Some horses just don't pull their weight, but these ones do.  You never hear anyone say a draft horse is strong as an ox for one good reason... because they're stronger.  So come on out and watch these magnificent animals show what they can do.